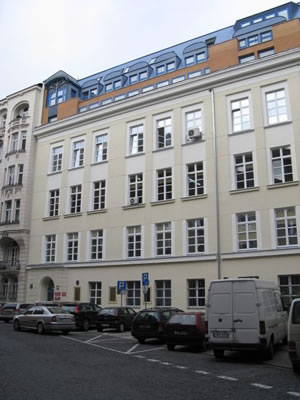 The 2016 Hurwicz Workshop on Mechanism Design Theory is a continuation of the initiative started in 2009 of holding an annual confernce to honour the 2007 Nobel Prize Laureate in Economics, professor Leonid Hurwicz.  Leonid Hurwicz lived in Warsaw until 1938 and studied at the University of Warsaw. He frequently visited Poland in 1990's. In 1994 he obtained the Doctor Honoris Causa of Warsaw School of Economics. A special plaque commemorates his contacts with Warsaw School of Economics. Hurwicz is often credited with introducing rigorous mathematical approach to economic analysis. He received the Nobel Prize in Economic Sciences in 2007 for his fundamental contributions to the theory of the design of economic mechanisms. Theory of mechanism design relies heavily on mathematical methods of functional analysis, differential equations, differential topology, dynamical systems, etc. Hurwicz has made important contributions to mathematics as well as economics, in particular, to non-linear programming.

The aim of the 2016 Hurwicz Workshop is to bring together scholars from Poland and abroad who specialize in mathematical approach to economic theory, including, but not necessarily confined to the mechanism design theory. The Workshop has an interdisciplinary focus. Topics ranging from issues in economic theory, game theory, social choice, mathematical economics, algorithmic game theory, and computational social choice are welcome.

The 2016 Hurwicz Memorial Lecture entitled On the relation between the Nash program and implementation theory will be presented by Professor Walter Trockel from the Center for Mathematical Economics at Bielefeld University, Germany. The visit of prof. Trockel is financed by Department of Quantitative Economics, Warsaw School of Economics.

We are pleased to announce that there will be a limited number of rooms at the Institute of Mathematics, PAS, available free of charge for participants from outside Warsaw. There will be 11 single rooms and 5 double rooms (to be shared) available for the night on the 2nd of December. Interested participants are asked to contact the organizers.

The registration of participants starts at 13:00 on Friday, 2nd of December, in front of room no. 321, 3rd floor