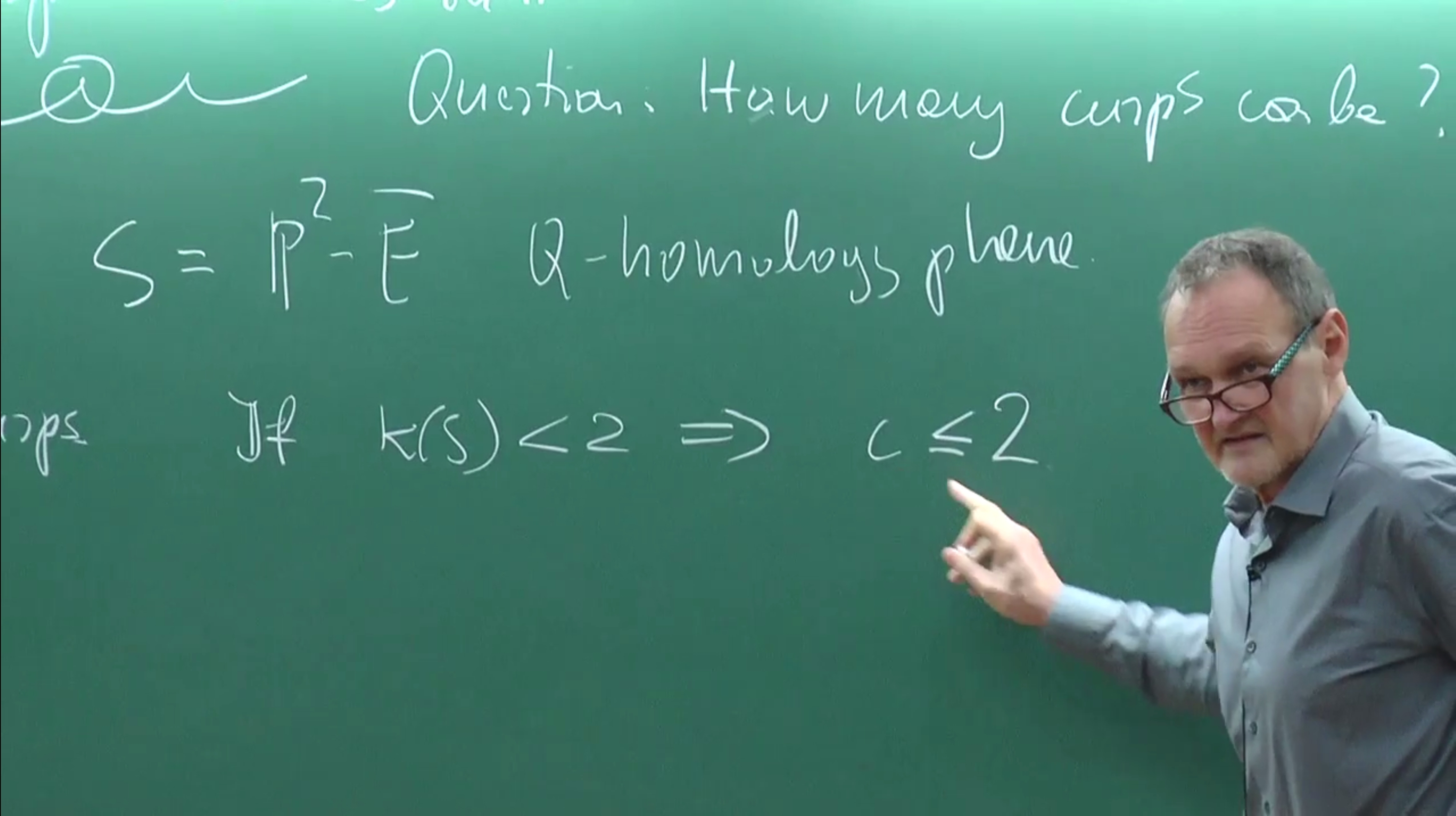 Mariusz Koras (born November 10th, 1951, Piaseczno, Poland, died September 15th, 2017, Betina, Murter Island, Croatia) was a Polish mathematician, specializing in algebraic geometry, mainly in complex affine geometry. He was also a high-altitude climber with many achievements in Tatra Mountains and Alps. Mariusz was married with Krystyna Stańkowska-Koras and had two children, Maria and Krzysztof. He loved nature and animals (at home too: the number of their cats reached 10 at some point). He liked Pink Floyd, crime stories, and paintings by W.Kandinsky.

Here and here are two lectures on the log BMY inequality by Mariusz in Bangalore 2015, and a research talk from Moscow. 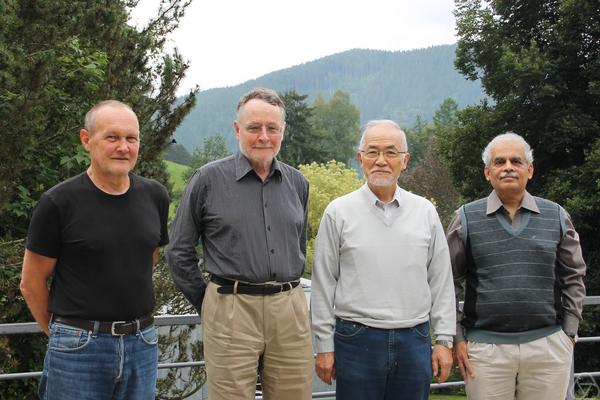 Mariusz Koras was a student of Andrzej Białynicki-Birula. He obtained a doctorate in 1981 for a thesis Meromorphic actions of reductive groups. In 2000 he received his habilitation at the University of Warsaw. The thesis entitled Linearization of algebraic actions of C* summarizes results of him and his long-time collaborator, Peter Russell (McGill University), which costitute a key step in the solution of the Linearization Conjecture for algebraic C*-actions on the 3-dimensional affine space C3. He became a Professor of Mathematics in 2014. For most of his life he was working at the University of Warsaw, Institute of Mathematics, Faculty of Mathematics, Informatics and Mechanics, where he taught numerous courses. He was very liked by students. Mariusz Koras was a supervisor of one PhD. student, Karol Palka.

He published in journals like Duke Mathematical Journal, Journal of Algebraic Geometry, Journal of Algebra, Transformation Groups or Mathematische Annalen. He was a co-author and a co-editor of the book Affine Algebraic Geometry. The Russell Festschrift. A member of the Polish Mathematical Society. Among his collaborators are R. V. Gurjar, K. Masuda, M. Miyanishi, K. Palka and P. Russell.

It states that every algebraic action of C* on an affine space Cn becomes linear after a suitable choice of coordinates, that is, in those coordinates it is given by t · (x1 , ... , xn) = (ta1x1 , ... , tanxn) for some integers a1,…, an. Koras and Russel made the key step in its proof in dimension three [17]. They have created a list of specific 3-dimensional complex varieties diffeomorphic with C3 (nowadays called Koras-Russel threefolds) and they showed that the Linearization Conjecture in dimension three holds if and only if each of these varieties is an exotic affine space, that is, is not isomorphic to C3 as an algebraic variety. Afterwards these varieties were distinguished from C3 by S. Kaliman and L. Makar-Limanov using a new invariant (ML-invariant) of an affine variety. It is still not known whether Koras-Russell threefolds are counterexamples to the Zariski Cancellation Conjecture. For example, it is not known whether R×C1 is isomorphic to C4 as an algebraic variety, where R = {x+x2y+z2+t3 = 0} is the Koras-Russell cubic. Recently, they became an object of interest of A1-homotypy theory, as some of them were proved to be A1-contractible. Articles related to the problem of linearization are [5,15-18,20-25].

It states that every algebraic complex planar curve which topologically is the same as the projective line is in fact Cremona-equivalent to a line, that is, it can be mapped onto a line by a birational automorphism of the projective plane. There is no classification of such curves, but many infinite, rather exotic families have been constructed. Note that, in contrast, general rational curves of degree at least 6 are known to be non-Cremona-equivalent to a line. The conjecture was proven together with Palka, based on a generalization of the theory of almost minimal models and results from the logarithmic Minimal Model Program, see [2]. They announced also a proof of another conjecture, which says that a curve as above may have at most four singular points [26].

A theorem of Abhyankar-Moh and Suzuki says that the affine line C1 can be embedded into the affine plane C2 in a unique way up to a choice of algebraic coordinates. An analogous problem of describing possible embeddings of C*=C1\{0} into C2 is surprisingly subtle. A conditional list have been obtained by Borodzik and Żołądek. Koras and Russell started a project of unconditional classification. In a collaboration with Cassou-Nogues, Palka and Russell, Koras obtained a series of results toward the classification, including a classification of embeddings with good asymptotic properties, see [3,6,10,11,27]. 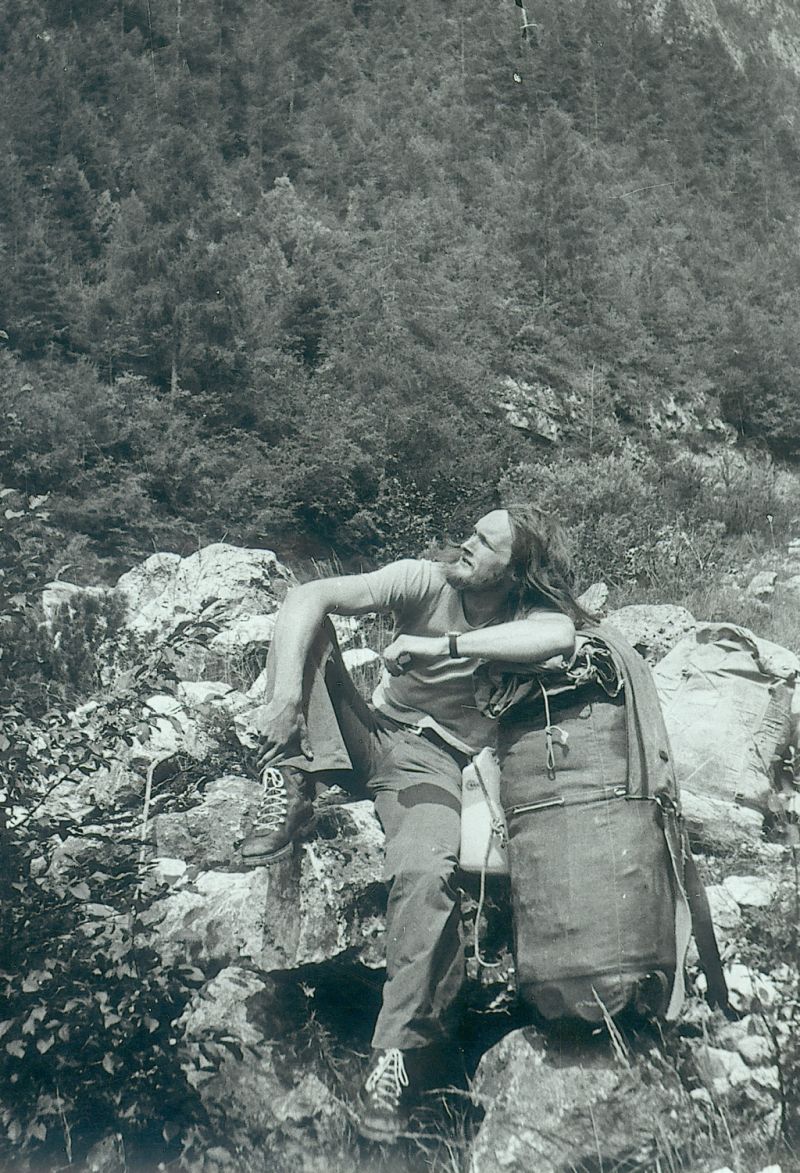 Mariusz Koras was an active member of the Warsaw group of climbers in years 1972-1982. His best known achievement is the Koras-Wolf route ("A Pole in the outer space") which was established on Kocioł Kazalnicy Mięguszowskiej (Tatra Mountains) on June 28-29th, 1978 with Jan Wolf. This route, going mostly through steep or overhang rock, is described by a climbing guide as offbeat, audacious and one of the most beutiful routes in this region. He climbed many other difficult routes in Tatras and Alps, both in summer and winter. He ascended also many peaks in the Himalayas, including Tarapurn whose first ascent belongs to Mariusz and his team, as well as in the Canadian Rocky Mountains.

More about his climbing achievements (google-translation from Polish, may be inaccurate) can be found here.