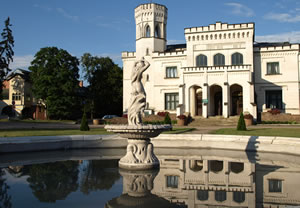 The theory of quantum groups was initiated in the second half of the 20th century. It allows for a vast generalization of harmonic analysis through, for example, the existence of a fully-fledged duality theory generalizing the Pontryagin duality for locally compact abelian groups. Main examples of quantum groups are obtained from algebraic structures related to classical Lie groups, by either continuous deformation or by considering associated free structures.

The theory of quantum groups has now become a broad, mature field lying at the intersection of algebra, category theory and analysis, with roots in mathematical physics, representation theory, (noncommutative) differential geometry and operator algebras. Recent years have brought several new developments and demonstrated the power of combining tools from different areas, thus giving new impulse for further interactions between them: giving new examples of operator algebras, exhibiting novel algebraic phenomena and, on the other hand, providing motivation and fascinating interpretations for abstract categorical developments, among others related to subfactors and classical probability.

The meeting will be devoted to discussing the recent discoveries joining various strands of quantum group theory and further perspectives of the field. We would like to focus especially on the developments which are connected to noncommutative harmonic analysis, connecting quantum groups with the theory of operator algebras, operator spaces and subfactors, and with the theory of tensor C*-categories.

Participants interested in giving a short talk can indicate this under `Additional information' on the registration page. Due to limited availability,  the possibility for giving a talk will be examined by the scientific and organizing committee. The deadline for registration is the 15th of July. There will, on the other hand, be no poster session for this conference.

The conference fee is 100 Euros (waived for invited speakers).

The conference is organized as the final meeting of the Flemish-Polish grant `von Neumann algebras arising from quantum symmetries’, which is jointly run by the two main organisers. We thank FWO and PAN for the financial support allowing to organize this conference.